How to take event photographs with a 50mm lens

If you are a photographer you may know that a 50mm focal length on a full-frame camera gives results as close as possible to what your eyes perceive and to capture event photographs with a 50mm lens is one of my top recommendations but there are a few tweaks behind.

It is good a 50mm lens to take event photographs? A 50mm prime lens would have a wide aperture empowering you to photograph astonishing local events with a shallow depth of field, while during the evening and nights you are capable to take handheld photographs due to the wide aperture of a medium prime lens with excellent bokeh.

Therefore, there is a bit more to talk about it, what settings to use and which types of events are okay to use a 50mm lens. I recommend you to keep reading.

Why is a 50mm prime lens good for event photographs?

As mentioned before, a 50mm lens mounted on a full-frame camera would be similar to what you see with your own eyes, therefore, it is easy to focalize and print in your head the composition and elements of your photograph before watching through your eye-finder.

Moreover, where most of the local events are listed under candids and portraits, there with a few exceptions, a 50mm prime lens is indeed considered to be one of the best focal lengths for these niches in photography.

With a 50mm prime lens, you will find yourself having an aperture of f/1.8 or even wider, such as the Nikkor 50mm f/1.2 manual focus lens, allowing you to reach a new area of creativity with amazing bokeh and depth of field

Even better, with such wides apertures, you are able to capture during the night wondrous photographs without the need of a tripod or to boost the ISO too much in order to compensate for extra light. More about settings to use will follow in the post.

Back to our primary query, a 50mm lens is not only good for a few specific niches in photography; if you ask me, it is a very impressive focal length to use for event photographs, both during the day, night or indoors.

What settings to use with a 50mm lens during the events

Every scene, area, lighting condition, motion and one another million factors would contribute to different settings you will have to use with your 50mm prime lens in special during the events. In most of the cases, those events are held outdoors during the day, and a good example would be the UK Pirates Day, some other would be held during the night such as bonfire night in the UK or Halloween events, where could be situations where indoors events would be held.

But now I want to talk in each of those three cases one by one and what settings would be the best to use, or at least to start with, depending on multiple given factors. Keep in mind that I am excluding concerts as this is a whole another category to talk about and will be followed in another post.

During the day, there is a lot of light present, in fact, sometimes a bit too much. Using a prime 50mm lens with the widest aperture such as f/1.8, f/1.4 or even f/1.2 during daylight would be a bad idea because the shutter speed can go as fast as 1/4000 or beyond the maximum that your DSLR can support, over-exposing your photographs.

It is understandable that you want to use your widest aperture to capture beautiful bokeh photographs during those events but there could be a few twitches which allow you to do that.

There were many times where I had to step down the aperture in order to compensate with the abundant lighting during the day, but as long as your primary aim is not to create bokeh from every single photograph, this may be the best option for you.

What settings to use for daylight event photography with a 50mm lens?

Using a 50mm lens for events during evenings or nights.

When you use a 50mm prime lens for evening or night event photographs you are relying on your DSLR capabilities and the maximum aperture your lens can go, in order to take handheld photographs. It is well known that a larger image sensor such as FX or full-frame would benefit better from gathering light where it is not that much.

Giving the bonfire night in the UK as a good example, where people are walking with the torches during the evening and night on the streets of the cities or towns where the events are located, the natural light coming from the torches fire (yes, fire is a natural light) would be more than enough to take good photographs handheld with a low ISO.

Lowering the ISO in some scenarios where even during the evening or night, the lighting is enough, you lower the image noise resulted from higher ISO’s, therefore, your images would look softer, better and sharper. Wait. Soft and sharp does not work together, but you got the point though.

I was working before with a crop-sensor camera (Nikon D500) to take event photographs both with my old 50mm f/1.8 lens from Nikon and the 105mm Sigma lens and I could tell that in most of the cases, increasing the ISO to 3200 or even 4000 would be enough for most of the modern DSLR cameras to capture with a fast shutter speed and apertures of even up to f/2.8, and most of the times I was able to capture with shutter speeds of 1/120, ISO 3200 and f/1.8. Remember, here we are talking about night event photographs, where in most of the cases, plenty of additional light is added into the scene.

What settings to use for night event photography with a 50mm lens?

Using a diffused flashgun is not recommended because it will break the colour temperature and the light balance from the image but could be used in the worst-case scenario where there is no alternative of being able to capture images due to difficult lighting conditions.

Indoor events are a bit different from the other listed above and are more similar to night photography due to the fact that no matter of the indoor lighting, there could still be not enough to be able to shoot with the lowest ISO settings and fast shutter speed.

I would like to include party events or some role-play happening indoors, where the lighting could be moderate (not too bright neither too dark).

You will have to put your ISO on auto-settings in this case, and depending on your DSLR camera capabilities, to a maximum of ISO3200 – ISO 6400 but not more.

Because we are photographing indoors, we are able to mask a bit the noise-induced from higher ISO where the lighting is insufficient for other options and increase the sharpening.

Keep in mind also that you are photographing with a 50mm lens, where group photographs indoor would not be possible most of the time due to the focal length, a wider lens such as 18mm or 24mm would work better under these scenarios.

Anyway, try to keep the shutter speed faster than 1/60sec to be able to take handheld photographs, aperture to its widest (but not always though) and ISO under 3200.

Also, for both night event photographs and indoor ones, a tip would be to use a monopod due to its good portability and the stability it gives, allowing you to shoot photographs at slower shutter speed, which would be ideal in many cases where lighting would not be enough.

A tripod would not be an option too much in the above scenarios because you are aiming in create longer exposures, and remember, this is event photography where a lot of motion is in place unless you are appealing for some artistic fine-art/event photographs.

There are some major advantages and disadvantages to use either a 50mm prime lens for event photography or a zoom lens, where the 50mm focal length would be available (such as 18-55mm)

I also recommend you to check on this article 50mm lens on crop-sensor vs full-frame sensor to find out more about the differences and what advantages/disadvantages you may have on your type of camera.

Most of the topic above is related to the usage of a prime 50mm lens in event photography, where this would be ideal to use in special during the evening, nights, indoors or if your aim is to create artistic photographs with shallow depth of field and beautiful bokeh from it.

In the end, with a prime lens is everything related to the very wide apertures you are able to find on most of the 50mm prime lenses, such as f/1.8, f/1.4 or even f/1.2. This will allow you to take amazing photographs where zoom lenses would fail under the same lighting conditions.

If your main area of event photography is not during the evening, night or indoors where the aperture will matter a lot, a zoom lens would be more beneficial because you are able to use beyond a fixed focal length of 50mm compared to the ones from prime lenses.

18-55mm or 24-70mm would be perfect examples including 50mm focal length where you are able to take group and wider photographs during the events or even get closer to the subject by a rotation of the zoom ring rather than walking forward and backwards to seek for the perfect spot to capture your subject.

What types of events are okay for using a 50mm lens?

There are way too many events around the world that I can count or list but I will try to generalize those events in the following part.

In most of the cases, the events are directly related to people and groups of people participating outdoors and dressing as per the tradition of the event requires, and good example as mentioned above would be the Halloween, Pirates Day, Jack in the Green, etc.

A 50mm lens to use will be no doubt the best decision. Remember, the majority of the events with individualised dressing and acting are related directly to portrait photography or candid.

Jumping to the group events such as parades would require you to have a wider focal length lens because a 50mm lens would not be wide enough to picture the parades as a whole.

Moving on, the action events such as Toreador in Spain where the bulls are released on the streets, well, a zoom lens would work better than a 50mm lens. The bulls won’t stay for a portrait for sure and their position to you would be different every time.

The sports events such as May Day Bike Run in the UK where bikers from all around the country are coming to one specific location. I went 5 years in a row to those events as a photographer and photographed with a bunch of cameras and lenses.

If your purpose is to capture as much as possible, a 24-70mm zoom lens or any other zoom lens could be the way to go. But won’t hurt to give it a try with a 50mm lens.

And now generalising the time I spend using my favourite nifty fifty lens during most of the events, there would be a real pleasure to say that this lens never failed me, not even when I faced challenging situations.

Therefore, do I recommend a 50mm lens for event photography? absolutely yes, without a doubt!

Thank you for remaining until the end of this post and I hope to see you around. Take care for now.

7 Tips to Understand and Improve Your 50mm Astrophotography 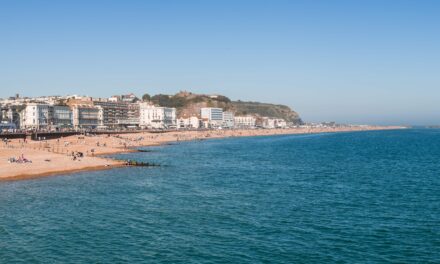 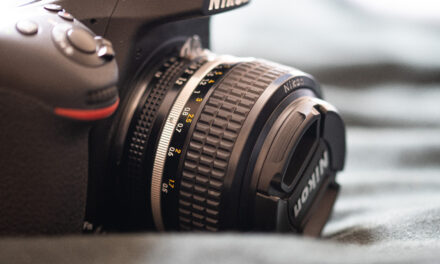