How to Photograph Fireworks with your DSLR

Photographing fireworks with your DSLR can be a bit tricky but relatively simple. There is no rocket science behind and you don’t need advanced skills to be able to perform this task. As most of the photographers are using only one main way to shoot fireworks (long exposure), I want to share with you in this guide two different ways that can be easily done.

Wherever is a local event, New Year’s Eve or a national celebration, the spectacular firework display can last only for a few minutes, time with no room for mistakes. Although this can be done with most of the cameras on the market, there is no doubt that a DSLR should be the way to go.

How to photograph fireworks with your DSLR: You will need to set your camera on a tripod with a shutter speed between 3 and 8 seconds, an aperture of f/5.6 to f/8 and ISO 100 with a medium lens or if you want to capture fireworks handheld you will need a telephoto lens to fill the frame with fireworks for enough light to reach the sensor and to capture with a fast shutter speed.

How to photograph fireworks with your DSLR and what settings to use.

Knowing that fireworks can give you bursts of light, everything changes. The settings you will have to use are different from anything else and this is related directly to the focal length of your lens.

Normally, with a narrower field of view and focal lengths inclining towards telephoto or super-telephoto, it is more difficult to capture handheld on darker scenes where the lighting is insufficient due to the fact that on higher magnification, the hand movement and body shake is more noticeable, therefore, those images will suffer from sharpness and a lot of motion will be induced.

Let’s put it this way. You are photographing a low light scene with an 18mm lens and with a 200mm lens. Due to a wide field of view and focal length, it is much easier to capture an image handheld with an 18mm lens than with a 200mm, where you will require more stability before everything else and where the lighting gather may be insufficient due to a very narrow field of view.

But when you are photographing fireworks, in special the fireworks and rarely in other scenarios, this works as the opposite, due to the fact that you basically “magnify” into the fireworks. And as these are great sources of lighting, your settings will allow you to use fast shutter speeds and low ISO numbers, wherewith an 18mm lens let’s say, the fireworks would be only a small part of your frame and the lighting can be insufficient for fast shutter speed settings.

Therefore, it is important to know what lens you are going to use and the relative position to the fireworks. If you emerge to be closer to the fireworks, a wider focal length would play a good role, where a more telephoto lens (105mm+) would also play an important role in distant fireworks.

The above photographs I took them with a Sigma 105mm lens on a DX camera, implying the 1.5x crop ratio, handheld. Due to the fact that (as mentioned above) I could work out for the fireworks to fill the whole frame, the lighting was more than enough to be able to capture handheld on very fast shutter speeds.

ISO under 2000, an aperture of f/2.8 and shutter speeds of 1/320 and beyond, those were the basic settings, more or less, I used to capture the fireworks during the night.

It is more than possible to capture those fireworks handheld and to know, with any DSLR’s with higher magnification, a reason to choose above a mobile phone camera or point and shoot, which will suffer from lack of large sensors and light gathering.

Use either Manual Settings or Aperture Mode to do that. If you are going to use the manual mode, keep in mind that there are very quick changes in exposure and therefore it may be difficult to match the right settings and the images could result being underexposed or overexposed. Therefore, I recommend using the Aperture Mode in this case.

Let’s assume that your camera is not the cheapest DSLR on the market. It is a good practice to use a full-frame camera due to the large sensor and low light capabilities. If your settings result in the exposure time on being around 1/160, 1/200 or even 1/320 (more or less) you may get the right settings.

Also, it is a good practice to use a fast prime lens inclining towards telephoto. Although the photographs I took above are captured with my Sigma 105mm F2.8 Macro Lens on a Crop Sensor / DX Camera (Nikon D500), the results could be even better if done with a wider aperture telephoto lens because I could magnify or zoom more into the fireworks, to better fill the frame and benefit from the burst of light.

Let’s imagine that your position to the fireworks remains relatively the same. Use autofocus at the beginning and review your photos on camera with the zoom function. If the images are crystal clear, switch to manual focus and do not touch the focus ring anymore.

In the case you own a good DSLR with good autofocus capabilities (incl. the lens) on the low light situation (as Nikon D500 as an instance) you can keep the autofocus on, as it is quick enough to focus every time.

Image stabilization is another thing to keep in mind. Not impossible without it, but you are aiming at taking the sharpest pictures you can get in this case. Moreover, a prime lens with a wide aperture would benefit more than a zoom lens with a narrower aperture.

ISO will be different depending on your scene, the lens and the camera you own. I’ve been always kept my ISO in between 1600-6400 on the sweet spot to avoid adding too much image noise but still to be able to freeze the fireworks.

In general, a shutter speed of 1/50, 1/60sec would be more than enough to capture with your camera handheld almost anything. But in this case, to capture handheld firework, you need a lot faster than that due to the fact that also motion from exploding fireworks will be induced, therefore, your main aim is to freeze the shoot and avoid motion as much as possible.

Taking long exposure fireworks with your DSLR makes it another story. You will need two things to be able to take long exposures: A tripod and a shutter release control.

A shutter release control is not mandatory but very recommended due to the fact that you save time when taking long-exposure fireworks and you do not have to set a timer on your camera.

Pressing the shutter button on your camera and directly taking long exposures to fireworks is wrong although the camera is mounted on a tripod because the vibration is induced and there is a high risk of getting blurry pictures.

Therefore, I strongly recommend you have a shutter release control at least by cable if not wireless in order to improve your speed and stability of the tripod by avoiding to touch the camera after the basic settings have been done.

What settings to use when taking long-exposure fireworks?

In general, all settings can be different and this directly depends on your camera, lens you have, the number of fireworks are present in the show and your distance to it. The values can fluctuate depending on many scenarios but in general, I found that during a few fireworks shows, my settings were quite similar.

The following values are used (more or less) to capture long-exposure fireworks with a 50mm lens on a full-frame camera.

What is the best technique to photograph fireworks with your DSLR

But, the beauty of capturing fireworks with a DSLR is related to the divine look of long exposure fireworks, which without doubt, is used by most professional photographers.

Moreover, capturing long exposures will allow you to capture the scene if there is a balanced amount of light resulted from the fireworks and the scene (e.g. if not, as in two photos listed above, the people and surroundings can look underexposed while the fireworks are normally exposed).

In the case of post-processing, we have to keep in mind that not much has to be modified. Most of the photographs, if captured right, both handheld or long exposures, will look amazing without modifying anything.

As always there is a bit of room for improvement, I do recommend some basic retouching such as slightly increasing the contrast and saturation, adjusting the exposure and color balance, re-adjusting the darks and shadows for the background to look completely black (not always though), etc.

Also, it is pointless to increase the sharpness of your images unless required and to touch the noise reduction if the images are long-exposure, where would be more than recommended where the fireworks are captured with the camera handheld and high ISO number has been used.

I am sure you will be able to capture beautiful fireworks with your DSLR, both handheld or with the camera set on a tripod, long exposures. There are only the basics of photography which has to be known in order to excel in capturing amazing fireworks.

Therefore, do not be disappointed in yourself if, at first try, you will not obtain the results you are aiming for; to be honest, it took me a few tries both handheld and tripod to find the perfect settings to go with and learn by failure.

Well, that would be it, for now! Take care and I hope to see you around.

13 ISO Tips to Improve your Photography and Images 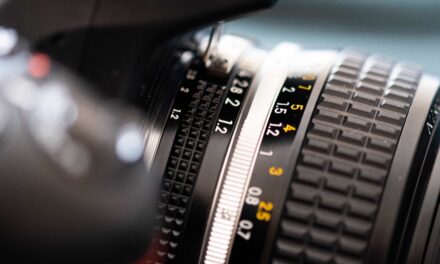 How to Improve your DSLR Photography 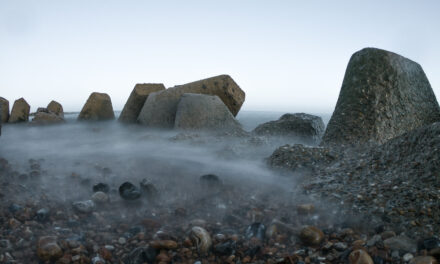 9 Tips to Improve Your GoPro Photography